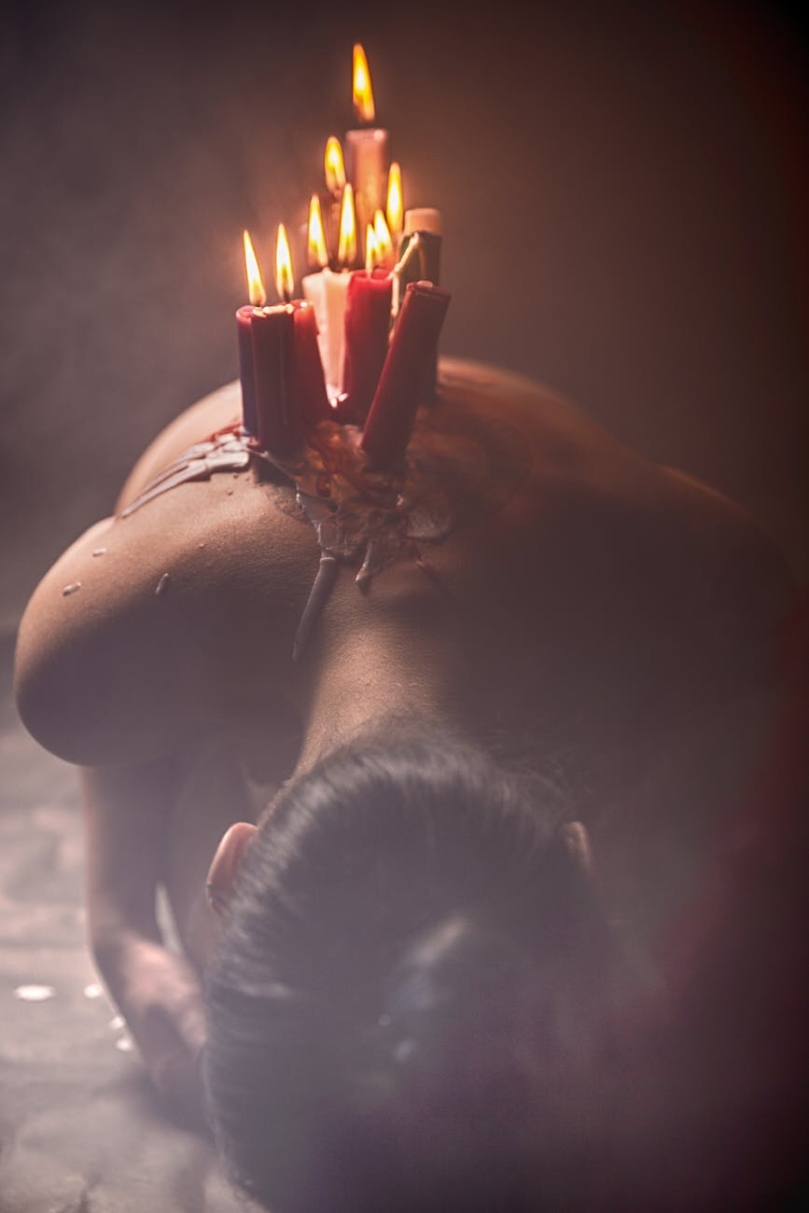 My readers know that I am an advocate for making the most of the present moment. I am always writing about the importance of intention and mindfulness when making decisions about how we live, think, speak, and feel. For the most part, I try to live my own life in this way, constantly checking myself in to the present.

The truth is, however, that fully immersing oneself in the present moment does not mean that the past can remain ignored. We are all products of our personal past, and of our ancestral past. Our histories are boundless and they extend well beyond our own life experience. Dissociating from our past can be incredibly dangerous because, one way or another, the pain bubbles back up.

In “It Didn’t Start with You,” Mark Wolynn writes about his findings that unresolved family trauma is genetically inherited. He argues that, shortly after conception, a female child is already carrying the eggs that will one day become the grandchildren of her mother. It’s a bit of a difficult concept to wrap your head around. Think of your grandmother as a matryoshka doll. Your mother is the smaller doll hidden inside, and you are the smallest. At that moment when your grandmother was pregnant, all three of you existed simultaneously. Therefore, Everything your grandmother experienced and felt influenced your mother’s DNA and, consequently, your own. Crazy, isn’t it?

Trauma, as defined by Wolynn, could be caused by many circumstances, from genocide to heartbreak. It could house memories of pain, hunger, fear, distrust, and suffering. Moreover, Wolynn explains that, in this context, “family” encompasses everyone in your bloodline, as well as anyone who deeply affected, either positively or negatively, the life circumstances and events of your bloodline. Yes, you could be carrying forward the guilt and fear of someone who your grandmother once knew – someone who is not recorded on your family tree. You could also be carrying forward positive characteristics, such as courage, and the survival instincts of people who touched your family history.

Why does any of this matter? Because trauma that your grandmother experienced, if she didn’t resolve it, can be the root cause of behaviors you are exhibiting. Imagine that.

When contextualizing this in our own lives, it effectively means that choosing to ignore our pain may work for us, but the consequence of this will eventually come back to bite our children. Wolynn writes:

“What I failed to realize at the time is that when we try to resist feeling something painful, we often protract the very pain we’re trying to avoid. Doing so is a prescription for continued suffering.”

Wolynn’s argument is based on clinical studies that have revealed eerie connections between the past and present. He tells the story of a young female patient of his who was adamantly suicidal and specifically believed she must die by drowning and burning. Only after delving into the family history did she discover that she was housing the same emotions and guilt her grandmother experienced after surviving the Holocaust, and witnessing her own family dying in these ways. Her grandmother never resolved this trauma, and it was passed along to a future grandchild who had no understanding of the context or cause of her desire to die.

Wolynn also tells the story of a young man who very suddenly started experiencing cold sweats and insomnia, which quickly caused his health to deteriorate until he was unable to carry out basic academic and sports tasks that he once loved. The young man described an intense fear that he would die if he fell asleep. An exploration of the past revealed that the man had an uncle who died of hypothermia at the same age while stranded outside in a storm. The most disturbing revelation was that the young man did not know about his uncle at all. The events had happened before he was born, and his family had chosen to spare the children the pain. How was the trauma passed down? Through the mother who, during pregnancy, was still mourning the loss of her brother.

It keeps getting weirder, doesn’t it?

This book, now standing on its own pedestal on my favourites shelf, caused a shift in my life. In my writing, I have always tied up all the loose ends; on the other hand, in my life, I never had a problem with leaving all the ends hanging and moving on the next chapter. It was only after pain from the past started bubbling up, both personal and ancestral pain, that I found myself nodding fervently as I read this book. As I have chosen to tie up the loose ends in my life, step by step, my writing has become a little less defined, less organized, less perfect. I’ve come to the realization that perfection is not the point. The point is raw, honest, unreserved love for our families, friends, and world. That kind of love hurts sometimes, but that’s ok. It is always more meaningful than the polished. It’s the kind that heals when the loose ends are tied and we can give our children a little bit less of our pain, because we know they will have their own lot to deal with.

The truth is, the present and future will continue brimming with the pain, lies, heartbreak, injustice, and suffering of the past if it remains unresolved. That threat is not even accounting for the opportunity cost of anger where there could be forgiveness and love. Imagine the possibilities of a world where everyone is seeking reconciliation instead of burying pain and preaching dissociation.

Is it terrifying to try to make amends with the past? Yes. Does it hurt? Often. Does it always have to involve the people on the other side? No. They may not be willing to listen. They may just spend hours trying to make you feel worse. They may deny the hurt, the heartbreak, the lie, the war, the theft – whatever issue, big or small, that you are trying to resolve. Resolution of past trauma does not, and often cannot, involve other people, even if they experienced the trauma with you, or caused it. In some cases, reaching out may be necessary, but this isn’t always the case. Sometimes all we have to do is look inward and forgive ourselves, and forgive everyone else.

In order to do that however, and to live in the present more authentically, we sometimes have to unlock the gates of the past.

And remember… we design our own luck!

3 thoughts on “On Resolving Pain…”