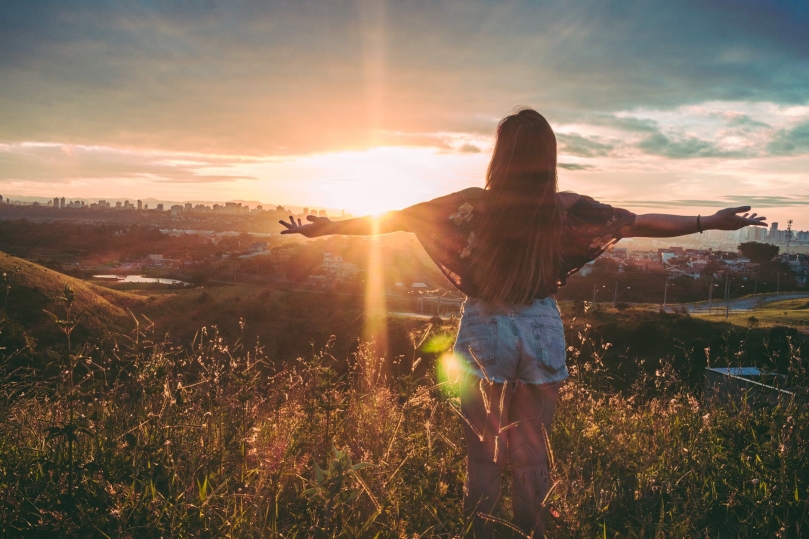 The feminist path was the path least trodden for a very long time and, consequently, walking it was arguably a nightmare for the brave women and men who were fighting for gender equality right from the beginning. Today, there is still a significant plight that feminists have to endure internationally, but I think the barriers and obstacles are a little bit different.

For women, one cannot speak of lifestyle design and generating luck without speaking of feminism. For the men who love them, the struggle becomes more and more apparent with time, and it becomes a shared struggle for the sake of that love.

I am not going to argue that the world is still unequal – reality check: it never has been and never will be truly equal for everyone. The greed of the world is too overwhelming. But what is our role, as individual women and men, in the path forward? How can we best serve the world in promoting freedom?

As a woman who is intent on designing a rewarding and meaningful lifestyle, I quickly learned that everyone has a different measure of value. What matters to me may not matter to you, and vice versa. I’m surprised time and time again when other women get in my way because they believe that, while I have a right to choice, there are a set of predetermined choices that are ideal for a woman today: go to school, work, work harder, avoid marriage and children, work some more, prove you can do it alone, then Instagram it.

What surprises me even more is that, while the women around me are charging ahead for professional status, many of them are also holding each other back. If I had a dime for every time another woman deliberately placed a pebble in front of me to trip me…

Once, an older woman felt obliged to tell me that, given the fact that my mother wasn’t working, it was no wonder that she was still so pretty. I wasn’t sure what to say. My mother upheld 20+ households in 8+ countries (I’ve lost count), often volunteered and helped others, raised 2 high achievers and always had dinner ready on the table. She did it all in foreign land without her parents or siblings nearby. My mother endured some horrible times without complaining once. That’s why she’s pretty. Because she’s a warrior. Here I was, facing another woman who thought it was appropriate and acceptable to judge another woman’s mother without reservation. What was I supposed to say to someone as petty as that?

Is this what we presume we can call… “feminism”?

No ladies, we’ve got it all wrong.

Ultimately, one cannot design her (or his) lifestyle with an abundance of luck if one is wishing less for others. If you get in the way of someone else’s freedom of choice, you yourself will find boulders twice your size on the way to your personal success. If you are a woman, and you believe you should have the freedom to make a decision based on your own set of values and priorities, then you should grant that same freedom to other women (and men) without judgment.

Feminism was never about following one predetermined utopian path to a specific end goal. It was never about telling women what to do. In fact, the goal was quite the opposite. Perhaps it’s time we remember! If you are seeking freedom, you must grant it to others; otherwise, don’t mourn your bad luck when freedom doesn’t come. You haven’t earned it.

And remember… we design our own luck!

One thought on “On Feminism…”